Guitar auction draws deep pocketed bidders from near and far

On April 30th, Country Boys Auction, Inc. held one of its most unusual and well attended live auctions in the business’ history.  Over 350 guitars from two private collections were auctioned off for the United States Federal Bankruptcy Court at a small warehouse in Washington, NC.  Citizens of the small, historic, waterfront town of Washington, who are more familiar with names like Blackbeard than Gibson and Martin, came out of the woodwork on Saturday morning to witness this special event and get a glimpse (and perhaps play) some of the most coveted acoustic and electric collector guitars in the world.  Hopeful collectors and music store owners from all over the US made the trip to Washington to participate in the auctioning of these rare musical gems.  Aspiring musicians, both young and old, filled the warehouse, eagerly awaiting the start of the auction.  They clung to the notion that maybe, just maybe, they would walk out with the instrument they have always dreamed of having…the one that would take them to the next level.

The collection was largely made up of rare, custom Gibson electric and acoustic guitars, several beautiful Martin acoustic guitars, and a handful of Fender electric guitars among others.  Gibson Les Paul customs were very popular and drew big bids, with the highest winning bid of $22,000 for a rare Gibson Jimmy Page signed #7 electric guitar.  There were a half a dozen serious collectors who came with an agenda and deep pockets, all who appeared to walk out of that warehouse at the close of the auction satisfied and smiling.  When the day was finally done, after over 7 hours of bid calling and auction cries, attendees and auctioneers alike knew that they had just participated in once in a lifetime experience, especially in eastern NC.  Hopefully all of the guitars, which had been meticulously cared for by the original two owners, will continue to be appreciated as the beautifully crafted works of art they were created to be.

Here are a few shots from the collection: 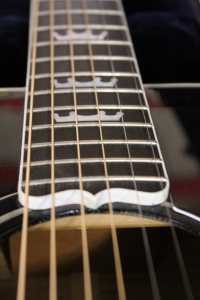 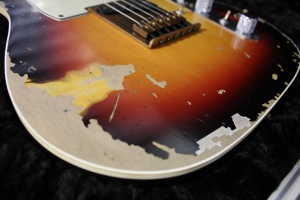 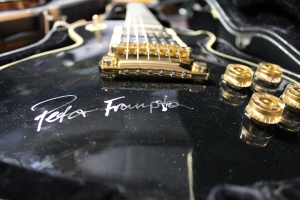 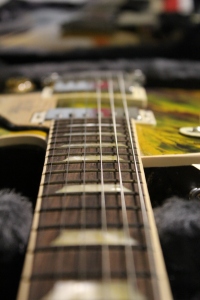 And finally….the new addition to our family! 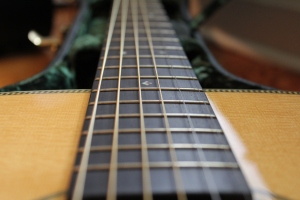 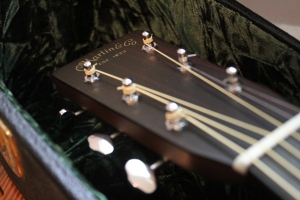 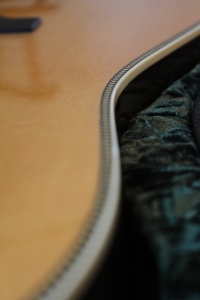