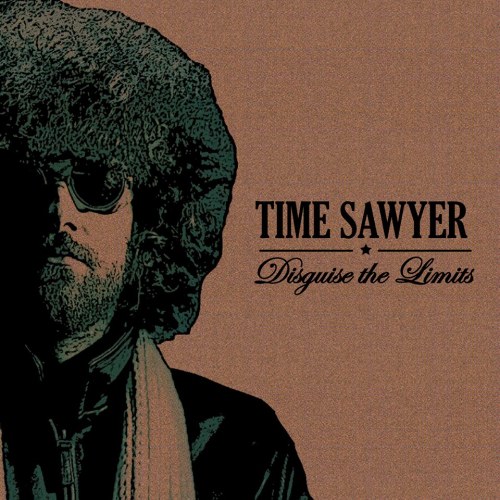 The Charlotte-based folk-rock quartet Time Sawyer ups the ante with its fifth LP, “Disguise the Limits.”

Though still in its infancy, the band has released five albums in four years. Based on the quality of “Disguise the Limits” it appears that Tayloe and Layell’s songwriting well is far from drying up. This album offers a fresh take on the familiar themes of life on the road and love and heartbreak, while bringing a little more grit and gravel than previous installments like “Headed Home” and “Come On In.” The folk has been dialed down, the rock turned up and, thankfully, the banjo remains on cruise-control, carrying the album through its 12 tracks with the punchy grace of an instrument that can do no wrong.

The album opens with “Better Off,” an upbeat break-up tune that sets the tone for the rest that follows. “Appalachian Bound” is the perfect rock-blues getaway anthem — chock full of moonshine barrels, brushes with the law and the wide- open road. On “A Little Bluer,” Time Sawyer hangs up its spurs and succumbs to that moment when love trumps all and future dreams grow straight from the heart. “How It’s Gonna Be” strikes a sweet balance between acoustic and electric, with a distant rolling banjo, muted organ and finely placed guitar riffs.

“Best Be Going” demands attention with its no regrets catchy chorus reminiscent of Paul Simon’s “50 Ways to Leave Your Lover.” It is appropriately followed by “A Far Away Farewell from Rose,” perhaps the decades-later follow-up to that fateful day depicted in “Best Be Going.” This jump from youthful defiance to aged reflection stays true to the band’s moniker, and keeps the theme of time at the forefront.

The album pumps the breaks with its closing tracks. “Working Construction” returns to the band’s folk tendencies without feeling recycled or redundant. “West From the Farm” is a heart-wrenching ballad where Tayloe’s vocals drip with authenticity and harmonies, and horns lift lyrics to a weighty place that reveals the pain and remorse tied to lost love. “Tired of this Tired” soars with delicate finger-picking and relevant lyrics that speak to the daily tedium that can drain the heart’s passion and unravel the mind.

The true shining moment on “Disguise the Limits” comes on “210,” where lyrics tell the story of a scorned lover driven to murder. The Mexico-bound outlaw tale is perfectly accompanied by the distant haunted whine of the pedal steel and take-to-the-road banjo runs. “210” is followed and further elevated by “It’s Over (210 Outro),” which fades into a “Hotel California”-esque instrumental that beckons images of a dusty drive into the sunset. Taken together, these two tracks reveal Time Sawyer’s growing ability to create vivid imagery through songwriting and arrangement.

Collectively, “Disguise the Limits” succeeds by combing the fugitive attitude of “Roadhouse” and “Smokey and the Bandit” with the heartbreaking infidelity and reality of “Honeysuckle Rose.” Runaway, tender, playful and pensive moments are strewn strategically throughout the album, creating a cohesive storyline that undulates like the plot of a favorite desperado movie. The album shows a definite progression and maturation despite the band’s short timeline, and is sure to gain momentum as one of the better albums released by a rising North Carolinian band this year.

In addition to the release of “Disguise the Limits,” 2014 will continue to be a huge year for Time Sawyer as the band makes its debut at MerleFest in Wilkesboro, N.C. on Sunday, April 27. Visit www.timesawyer.com to learn more.