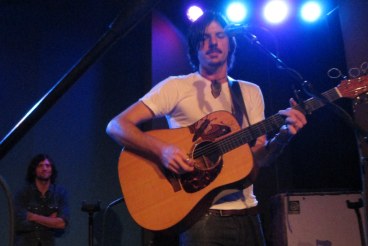 There are certain lengths that a friend will go to help another friend in need.  For Grayson Currin, this meant organizing and seamlessly executing the Racing the Cure Benefit for Oliver Gant, a one-night four-venue music event that raised over $45,000 to help a brave young boy fight the battle of his life (Read: Oliver Gant’s story).

Last Friday night in downtown Raleigh, over 1,700 music fans were treated to the sounds of North Carolina’s finest musicians–including The Avett Brothers, The Love Language, Bombadil, Holy Ghost Tent Revival, Jack the Radio, Annuals, and The Old Ceremony–all in the name of charity.

The venues, ranging in capacity from ~250 to 800, provided music lovers with a more intimate environment in which to experience their favorite bands.  This was especially true for fans of The Avett Brothers, who currently sellout venues that hold several thousand.  The chance to see The Avett Brothers in a venue that holds 250 people drove some of their more diehard fans to start lining up at King’s Baracade as early as 9 o’clock Friday morning.  By the afternoon, the line of fans camped out in chairs neared the block’s corner.  Curious pedestrians inquired about the line and quickly learned about Oliver’s event.  I can imagine that soon thereafter, a feverish round of desperate texts and tweets were fired off by said curious pedestrians to track down the last few tickets floating around Raleigh.  This was an event not to be missed!

I was lucky, or crazy according to some, to have scored the first spot in line at King’s that morning.  Some people questioned my judgement, my employment status, and my priorities, but I didn’t care.  We should be using vacation days to support events that are rooted in everything good in our world–friendship, music, philanthropy, and community.  These are the things that matter in life.  The experience of connecting with other fans in line, meeting those closely connected to the cause, and standing center stage in front of Scott and Seth Avett while listening to their beautiful music, was well worth the time and energy I spent.  I’d surely do it again in a heartbeat.

The brothers Avett, stripped down with only a guitar, banjo and microphones, took the stage around midnight.  The crowd erupted with applause and excitement as those homegrown, humble boys from Concord opened with their heart-wrenching family ballad, Murder in the City.   Family is an omnipresent theme at all Avett shows, and it was evermore present that night as Scott and Seth played and sang from their hearts to honor their friend Jed Gant (Oliver’s dad) and his family.  For these Avett boys, family extends far beyond one’s genetic code.  It is a pervasive term that leeches its way into the all of the lives they affect with their music, art, and generosity. 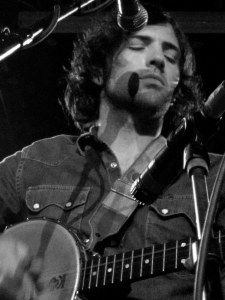 What was supposed to be a 25-minute set, thankfully stretched into a 50-minute set with gems like When I Drink, January Wedding, Denouncing November Blue, In the Curve, Go to Sleep, I Killed Sally’s Lover, and At the Beach.  Scott and Seth gave every bit of energy they had and looked like they were having a blast doing it as well.  Half-way through the set, after thanking Jed for inviting them to be a part of such an important event, Seth said, “We’re gonna play one of the songs we always used to play back when we first met Jed many years ago.  This one’s called Cigarettes and Whiskey.”  The crowd went crazy as the brothers added their own Cabarrus County charm to this old country classic.  They quickly downshifted into a beautiful version of Doc Watson’s Look up Look Down that Lonesome Road.  Minus a few token cat calls, the audience had hushed to hear that Avett harmony, all while near or distant memories of love lost stirred deep within.  This is why The Avett Brothers have fans lined up at 9am for a midnight show.  Their music digs up raw human emotions that make us feel reborn and alive.  They make us remember what we’ve been through and look ahead to better days.

They ended their set with a song that has become a staple in their shows as of late–gospel hymn A Closer Walk with Thee.  What a fitting way to end a show of this magnitude–with grace, hope and faith.  To Grayson Currin and everyone else involved in making the Racing the Cure Benefit for Oliver Gant a success, thank you for promoting music that really matters and for supporting a cause bigger than all of us.  To the Gant family, our prayers are with you always.  Keep fighting Oliver!