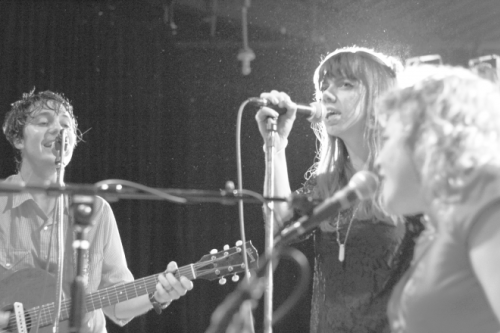 Every now and then an artist emerges on the music scene who creates buzz and provokes conversation. Bronx-native Alynda Lee Segarra is that artist. From her vagabond train-hopping days with Dead Man Street Orchestra to her breakout performance at last year’s Newport Folk Festival, the world is finally taking notice of this gifted folk singer-songwriter.

After traveling and performing across the nation, Segarra found her musical center in New Orleans amid the aftermath of Hurricane Katrina. Where she never quite felt at home in NYC, the Lower Ninth Ward community took in her rambling soul and Segarra found inspiration to stay and make music.

Segarra soon found a group of musicians who shared a similar passion for writing and performing songs that spoke to social injustice, challenged political power, and revealed modern day issues that had been swept under the rug. They called themselves the “riff raff,” which eventually led to the formation of Hurray for the Riff Raff, of which Segarra stands at the helm.

Last month, Hurray for the Riff Raff took to the stage at Cat’s Cradle in Carrboro as the supporting act to South Carolina’s sweetheart duo Shovels & Rope. While most in attendance were there to see the rowdy lovestruck pair, many left with a new appreciation for Segarra and her band of riff raff.

With Gibson in hand, Segarra took the stage. Petite in stature and draped in a black lace dress, the soulful songstress started the set solo by performing “The New SF Bay Blues.” The curious crowd listened intently to her timeless voice and simple finger picking. They quickly realized they were witnessing something that softly demanded attention.

Segarra then welcomed her four-piece band to the stage, and they treated the audience to tracks from their new album, “Small Town Heroes,” including the toe-tapping “Blue Ridge Mountain,” homesick homage “Crash on the Highway,” fun-loving bayou jam “End of the Line,” and gender-flipped murder ballad, “The Body Electric.” Segarra was candid and chatty with the crowd, telling stories and setting up each song — a quality that all concert goers appreciate and yearn for to feel more connected to the artist and songs.

As Segarra bridged the gaps between her songs, the venue felt less and less like a black box and more like a backyard hootenanny. It was with little to no effort that Segarra transformed the stage into her front porch and exposed listeners to the magic of her songwriting. The set closed with fan-favorite “Little Black Star,” where the band called upon the audience to join in with synchronized claps and snaps, further drawing the sold-out crowd into the riff raff fold.

After a sweat-drenched, energized set by Shovels & Rope, Segarra returned to the stage to join Cary Ann Hearst and Michael Trent for their encore performance of J. Roddy Walston and the Business’ song “Boys Can Never Tell.” With Hearst on the drums, Trent on guitar and Segarra at the center mic, the trio closed out a special evening of music with a genuine mutual admiration that was evident all the way to Franklin Street.

As Hurray for the Riff Raff carry on its U.S. tour, Segarra will continue to grow into a modern day folk icon, whether she likes it or not. Her essence dates back to the days when Greenwich Village was alive with folk music and people toted around acoustic guitars on their backs. Those were the days of Pete Seeger and Bob Dylan, where music was powerful enough to rally people and create change. With Seeger’s recent passing, Segarra steps into the spotlight as someone to carry the torch and keep the movement going well into the future.

For those who may have missed the Cat’s Cradle show, Hurray for the Riff Raff will return to North Carolina on April 10 to play at Local 506 in Chapel Hill. This will sell out, so plan accordingly. All riff raff is welcome. 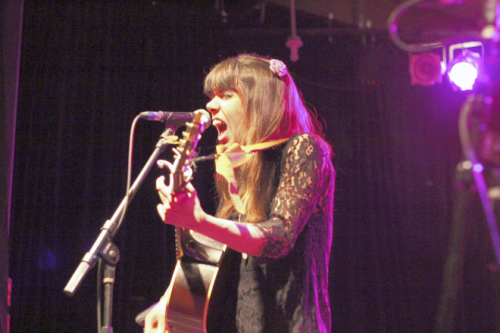