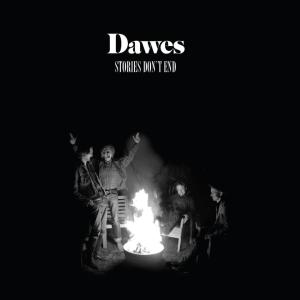 Last month, folk-rock band Dawes opened for music legend Bob Dylan at Raleigh’s Red Hat Amphitheater.   For the L.A.-based quartet, this was an opportunity to expose NC to their music and hopefully gain new listeners.  Captivating Dylan fans is never a simple task, but after a strong set of old and new songs, front man Taylor Goldsmith and crew left the audience wanting more.

As with many bands today, Dawes continues to straddle the fence of stardom, getting just enough airplay to be recognized, but not completely breaking free of the “almost famous” label.  The band’s first two albums were moderately successful, and laid down the foundation for their overall sound–a throwback style reminiscent of Jackson Browne and 1970’s California folk-rock.  Everything sounded great, but the band members realized they needed something different for their next album–a change of scenery.

So, they embarked on a cross-country journey to discover a fresher sound.  The foursome packed up shop in L.A. and headed east to Asheville’s Echo Mountain Recording Studio to lay down their third studio album, “Stories Don’t End.”  Their time in the Blue Ridge Mountains resulted in a well-crafted album that maintains all of the good components of previous albums—Goldsmith’s storytelling and refined, melancholy voice backed by crisp, minimal instrumentation—while taking risks on some new material.  Throughout the 12-track album, there are obvious moments where Dawes’ sound meanders in a new direction—most succeed, while others fall short of the mark. 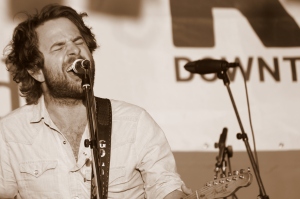 On the album, Goldsmith proves himself once again as an insightful and highly-detailed songwriter—tackling themes of doubt, reflection, love, death and failure.  Goldsmith’s lyrics tell stories of down-trodden, self-doubting characters with a hint of guarded optimism.  His raw and honest poetic offerings feel like snapshots of his own life experiences, making the album feel authentic and very personal.

Album opener, “Just Beneath the Surface,” sets a punchy cadence with a distant freight train drum beat and lyrics of skeletons in closets and hidden impressions.  Goldsmith’s verses are simple but sharp, coercing listeners to probe for deeper meaning in everyday routines.  The bass-heavy, “From a Window Seat,” gives a play-by-play of a day in the life of a traveling songwriter, filled with conjecture and imagination.

The album pumps the breaks on “Just My Luck” and “Something in Common,” both stories of characters attempting to cope with the intersection of expectation and reality.  “Someone Will” is the anthem for every guy who’s every fallen for his best girl friend, while “Most People” is the anthem for every girl who believes she’s alone in her depression.  Hence, there is something for everyone.

“Hey Lover,” which was written by Dawes’ pal Blake Mills, offers a playful break with slapstick lyrics, but feels out of place between more sobering tracks.  Goldsmith thankfully returns to his own songwriting with “Bear Witness,” a tale of an elderly man sharing insights with his child before passing on.  The title track, “Stories Don’t End” is a twist on a waltz with Goldsmith’s voice dancing over lounge-worthy piano runs.  The album ends with a beautiful, tender reprise of “Just Beneath the Surface”—a perfect chapter to close the collection—with Goldsmith’s vocals fresh and in focus, and the band backing him into the final measures.

Like a wound left open for the world to see, “Stories Don’t End” reveals emotions that are sure to make people stop and take notice.  It is another excellent installation in the band’s anthology that will be praised by the astute listener.  While it is clear that Dawes is evolving, this is a band that is not willing to sacrifice foundation for fame.  And, if Dylan sees something special in these guys, perhaps the world should, too.