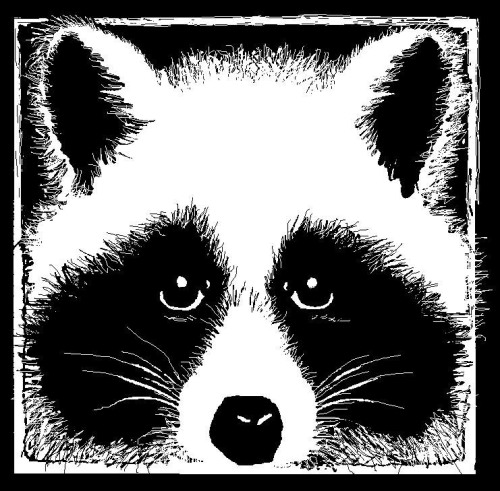 Now in its 32nd year, MerleFest is well-known as a family-friendly, 4-day music festival tucked into the rolling hills of western NC.  Boasting 13 stages, this tight-knit, yet “busking at the seams” festival  books the industry’s best from bluegrass, folk, Americana, country, rock, gospel and more.  Year after year, festival organizers leave little in terms of wants from their loyal fan base.  Whether it is the supersized lineup, intimate songwriter workshops, late night test revivals, kid’s activities, unique local vendors, or square dancing lessons, there is something for absolutely everyone.

Take a look at this year’s lineup and it is easy to see that the loyal Merelfest fan base is about to explode.  Stacked with both beloved alumni and a new class of fresh faces, you’d be hard-pressed to find a better music festival at a better price.  This year’s headliners include, The Avett Brothers, Brandie Carlile (coming off a heart-wrenching Grammy performance and huge win), Amos Lee, and Wynonna and the Big Noise, along with heavy-hitters Keb’ Mo’, The Milk Carton Kids, and Tyler Childers.  Festival traditionalists will find comfort in the return of Jerry Douglas, Sam Bush Band, Peter Rowan, Jim Lauderdale, The Del McCoury Band, Scythian, and The Kruger Brothers to name a few.   And don’t forget to stick around for some good ol’ fashioned storytelling, singing, and salvation at Jim Avett’s Gospel Hour on Sunday morning.

EOAF’s 2019 Fresh Face to watch is Molly Tuttle–the magic she creates when her fingers meet the strings will leave your mouth agape and your heart pounding.  Check her out yourself:

Muilti-day tickets packages and single-day tickets are now on sale for the April 25-28, 2019 festival.  Kids 12 and under are free (what a deal!).  The festival takes place on the beautiful, lush campus of Wilkes Community College in Wilkesboro, NC.    For more information visit merlefest.org.

The first full day of MerleFest got underway this morning, and the spirits of Merle and Doc were brightly shining down on the campus of Wilkes Community College. With crystal blue skies above, festival goers came in droves with chairs and blankets in-tow, ready to stake a sweet spot on the lawn in front of the Watson Stage.

I have to be honest, upon arrival — as a first timer — MerleFest was one of the most sprawling and initially intimidating festivals I’ve ever attended — not in the sense of the people present, but instead in the grand scale of things and the logistics that were required to successfully pull-off such a well-attended 4-day festival. However, intimidation dissolved with the first sweet southern smile from one of the ticket workers, who extended a friendly gesture that saved me a long hike up the dreaded hill to pick up my credentials. This, I thought, is what MerleFest is all about. This southern charm and hospitality was laid carefully into the festival’s foundation, and these qualities are certainly still alive and well 26 years after its inception.

My first quest was to get the lay of the land. I had planned out my day, but wasn’t sure about stage proximity and everything in between. As I walked through the alley of vendors, I passed families, groups of school-aged children, seasoned festival vets, and people who looked a lot like me — wide-eyed and taking it all in.

I explored the Expo tent for a quick bit, admiring all of the beautiful guitars, banjos, and mandolins from some of the best builders — Martin, Taylor, Collings, Deering — and paid a visit to my friend Andy at Cedar Creek Custom Case Shoppe. It was great to see a familiar face in the sea of people, and I knew I’d see more as the day progressed.

On my first day, I wanted to experience a little bit of everything, so I headed over to the Merle Watson Bluegrass Banjo Competition in Alumni Hall to catch some of the best pickers around. I was lucky get there just in time to hear the last competitor, Joshua Brand, who not only looked the part in his worn denim overalls, plaid shirt, and sweater, but also played the part and wowed the audience with his fast and effortless banjo picking. If the other competitors were anything like him, the judges were in for a tough decision.

Next it was on to hear some music outside. I strolled over to the Watson Stage for my first Bayou Diesel “experience.” Hailing from Black Mountain, NC, Bayou Diesel brought the Cajun heat to the stage with some New Orleans’ style zydeco that certainly got fans out of their seats to dance. Before heading over the Americana Stage, I decided to enter to win a baby Martin guitar, which required me to get up on Martin’s make-shift stage and perform a song. I thought, “You only live once, and well, Doc would want it this way.”

On to the Americana Stage for The Black Lillies, a 5-piece band out of Knoxville, TN who are quickly rising to the top of the charts, following a busy year of touring in 2012 and the release of their 3rd studio album “Runaway Freeway Blues” just last month. Their 8-song set was captivating with tight instrumentals and the type of harmonies that stop you dead in your tracks. I was fortunate enough to sit down and chat with the band after their set, and they were the most humble and gracious (and hilarious, too) group I’ve had the pleasure of interviewing. The afternoon was filled with more great music with Scythain on the Watson Stage — one of the festival’s fan favorite bands who have been known to get entire crowds up dancing, clapping, and singing along. This bluegrass boy-band packed their set with frenetic fiddling, and high energy songs that had everyone smiling.

The evening sets continued to impress. Over at the Hillside Stage, Delta Rae brought rock and blues to a new level, while the Steep Canyon Rangers mashed up on the Watson Stage. As the night began to set in, I thought it fitting to try another new activity–square dancing at the Dance tent. With a bit of apprehension, I joined a friend on the dance floor and followed caller Uncle Ted’s instructions. Before long, I could swing my partner and do si do with the best of them thanks to Uncle Ted, a sweet and funny guy who made everyone, especially the young dancers, feel at home on the dance floor.

The evening ended with a mellow set by guitar legend Warren Haynes backed by his band Gov’t Mule. The first full day of MerleFest had come to an end. It had been a long, sunny day of fabulous music, friendly people, and new experiences. It was time to rest up for another full day of music tomorrow. 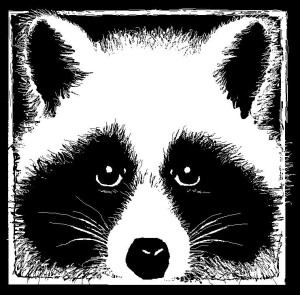 MerleFest is a family friendly music festival that was founded in 1988 in memory of Eddy Merle Watson — son of American music legend Doc Watson.  For over 25 years, the festival has maintained its original purpose–to raise funds for Wilkes Community College while celebrating “traditional plus” music. Today, MerleFest is considered one of the top music festivals in the country, drawing more than 75,000 festival goers and some of the biggest names in traditional bluegrass, country, Americana, folk, rock and more.  This year’s festival will feature over 90 musicians on 14 stages over the course of four days, so festival goers are encouraged to download the MerleFest app before they arrive to ensure the ultimate festival experience!

In true MerleFest fashion, festival organizers have gone above and beyond to congregate the best of the best at WCC.  This year’s lineup features rising musicians like The Black Lillies, Pokey LaFarge, and Delta Rae alongside industry vets like Jim Lauderdale, Jerry Douglas, and headliners The Charlie Daniels Band, Nitty Gritty Dirt Band, and Warren Haynes & Gov’t Mule. Additionally, local favorites, The Avett Brothers, have signed-on to closeout the festival on Sunday afternoon, but not before their talented father, Jim Avett, takes the Creekside Stage to perform a special family gospel set.  In addition to this year’s stacked lineup, Sam Bush will host an all-star tribute jam on Saturday night to honor the life and music of the festival’s founding father Doc Watson, who sadly passed away last year.

While it is true that MerleFest mainly involves relaxing and enjoying the company of old and new friends while taking in amazing live performances, there are also several opportunities for fans to get involved and play some music themselves.  Musically inclined fans can join others to pick, sing, and learn at Jam Camp, Pickin’ Place, and The Songwriters’ Coffeehouse.  Young festival goers may enjoy spending some time in the Little Pickers Family Area, while fans of all ages can venture out into the WCC campus woods for a Nature Walk.  MerleFest also features a series of contests for musicians and songwriters, including The Merle Watson Bluegrass Banjo Championship, The Doc Watson Guitar Championship, and The Chris Austin Songwriting Contest.  The twelve finalists for the CASC will perform on the Austin Stage on Friday, April 26th at 2:00 PM, and will be judged by a panel of music industry professionals, including Jim Lauderdale.  The first place winner will receive a performance slot on the Cabin Stage that evening.  All proceeds from the CASC benefit the WCC Chris Austin Memorial Scholarship.  And, last but certainly not least is the Saturday night Midnight Jam — a fun and often rowdy festival tradition!

If you are looking for a music festival to kick off the spring season, MerleFest is for you!  Load up your car, head out to Wilkesboro, set up a tent at one of the many surrounding campsites, and be prepared to have your mind blown by some of the music industry’s best.  Multi- and single-day tickets are still available. For more information about MerleFest, musicians, and festival events, please visit  www.merlefest.org.